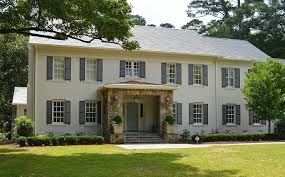 Window shutters in some form or another have been around as long as there have been openings in walls. Well-chosen and well-placed shutters can be a great finishing touch, but poorly-chosen and installed shutters can hurt a home’s appeal and value. Early shutters were intended to cover an opening in the wall, protecting the interior of the house from the weather, animals and intruders long before the invention of windows. 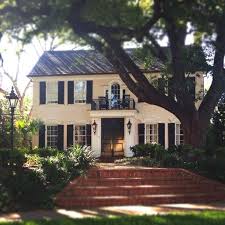 d expensive glass. But as window quality improved, protection from the elements became less important. And shutters, when they were used, became mostly decoration. Shutters remain an important element of the composition of the exterior of homes today, even if they only serve as ornamentation. Here’s how to get the right shutters for your home.

Shutter size and placement
It seems obvious, but shutters don’t work on a house that doesn’t have room for them. If a window is too close to a corner, a shutter can stick out beyond the edge of the house. On a house with siding, a shutter shouldn’t even overlap the corner board. Shutter placement also can be difficult if windows are too close together; the space between shutters on adjacent windows should be at least half the width of one shutter.

The size of a window or group of windows determines the width and height of a shutter. Ideally, the width of shutters used in p 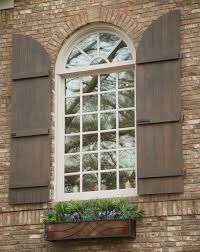 airs on windows should be half the width of the window, and both should be the same height of the window. That helps give the shutters authenticity; if the shutters were closed, they’d completely cover the window. That’s the reason shutters rarely work on multiple-window openings; they look silly if they aren’t big enough to cover the opening and ridiculous if they are. And odd as it may seem, a small window should usually have only one shutter.

Shutter hardware
Authenticity also applies to shutter hardware and how shutters are attached. Because they don’t need to be functional, shutters are often wrongly attached directly to a home’s siding or brick with screws. From a distance they might look OK, but up close, where details count, they look cheap and fake. 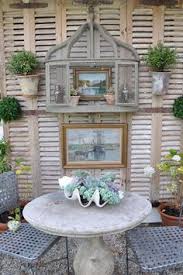 Shutters should always be hung with operable shutter hardware, even if they’re never going to be used. They’ll look much better that way, and here’s a bonus: They can be swung out of the way so you can paint or clean behind them.

Operable shutter hardware is widely available and consists of two parts. Shutter hinges allow the shutter to swing and come in a variety of sizes to allow the shutters to clear trim or masonry veneers. Shutter dogs hold the shutter against the wall in the open position. They’re decorative, in designs appropriate for different architectural styles. And a shuttered home with operable hardware looks much better than one without.

Shutter style
Different shutter styles evolved in different climates; hot humid climates gave rise to the louvered shutter, which keeps out the weather but still allows some air flow to cool the house. Solid or 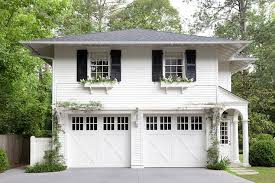 paneled shutters were needed in the colder climate of the northeast United States, where winter winds, ice and snow might damage window frames and glass.

In rural areas, the craftsmanship necessary to build paneled and louvered shutters wasn’t always available or affordable, resulting in the creation of simply-constructed board shutters. So home styles with a New England colonial heritage should have solid or paneled shutters; homes based on the architecture of the South should have louvered shutters, and “informal” styled homes (“French country,” for example) often look best with board shutters.

2 thoughts on “A Short Guide: How to Select the Perfect Exterior Shutter Style and Colors For Your New Construction Home or Update”

Get Your Fast Cash Offer Today!